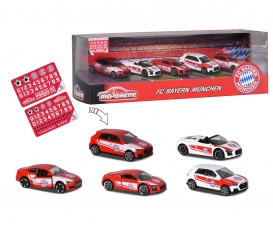 The Majorette FC Bayern Munich Gift Box is the perfect all-in-one gift for car and football fans! This gift box from the FC Bayern Munich range features three different models from the team’s sponsor Audi. The Audi A1, Audi R8 Coupé and Audi S5 models feature the names and shirt numbers of Alaba, Martínez und Müller. The gift box also includes two exclusive vehicles that are only available in this set – the cars of the top scorer Robert Lewandowski and the team captain Manuel Neuer. The five toy vehicles feature rolling wheels and moving parts and have a highly-detailed die-cast metal housing. Whether on the pitch or in your child’s bedroom, this gift box is a must-have for any collection! It makes an ideal gift for children aged 3 and above and collectors of the FC Bayern Munich range. 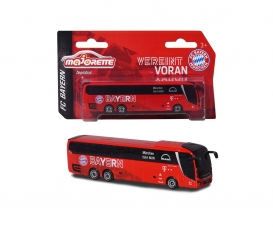 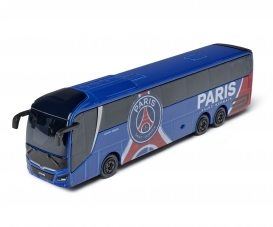 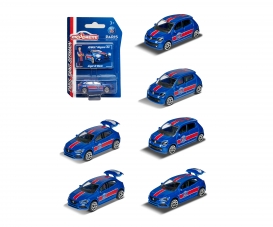 All prices are final prices, which include statutory VAT.

Goods already in stock with the vendor will be shipped – unless otherwise stated in the offer – within two working days after receiving an order.

With goods not in stock, the delivery time can take up to two weeks from receipt of order.

You can determine whether or not the goods are available from the text of the offer. If there are no details given about the stock or delivery times, the delivery times for goods in stock will apply. Part-deliveries are permissible unless the customer has no discernible interest in them or they would be clearly unreasonable. Reasonableness applies if

In the event of an ordered item not being available, the vendor reserves the right to render a service equivalent in quality and price (goods or service) insofar as this is reasonable for the customer and the latter agrees to the replacement in writing. If this is not possible or should the customer not agree, the vendor may not render the promised service. In this instance, the statutory provisions shall apply.

Your order will be delivered by the shipping service of DHL.

Please note: A delivery to a PO box is not possible!

Delivery times outside of Europe:

The delivery outside Europe may take up to 4 weeks after receipt of order.